Near my home is a park with a fountain. Its playful waterfalls attract many young families, especially on hot summer days. I started hanging out at the fountain everyday just before sunset, during the golden hour. I was usually taking a break from watching the news, which continued to sink me deeper and deeper into sadness, anger, and frustration following the 2016 presidential election. In spite of the fact that it was the golden light that led me to make these pictures, it became clear that the steady stream of unsettling news and the unrelenting dread that hung over me every day that summer colored my work several shades darker than usual. The negativity and devisiveness that permeated the country made me feel like the world was spinning out of control. It felt like something hateful or hurtful was always just about to happen. I’d never witnessed such a constant onslaught of meanness and intolerance, and it infuriated and exhausted me. It was a disquieting and disorienting period, to say the least. 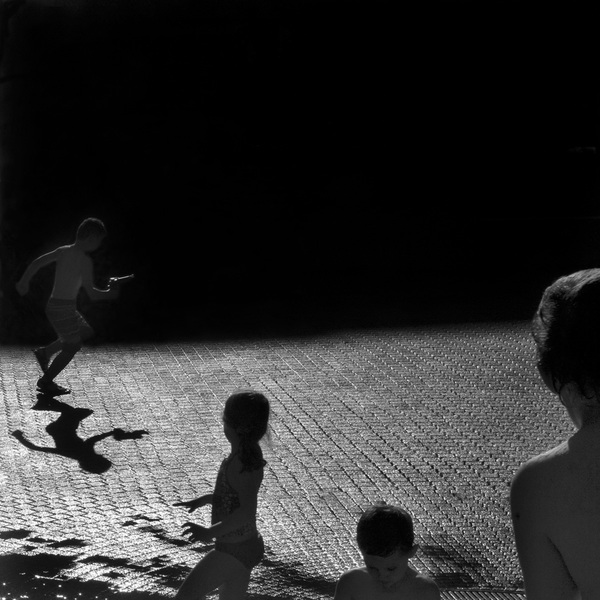 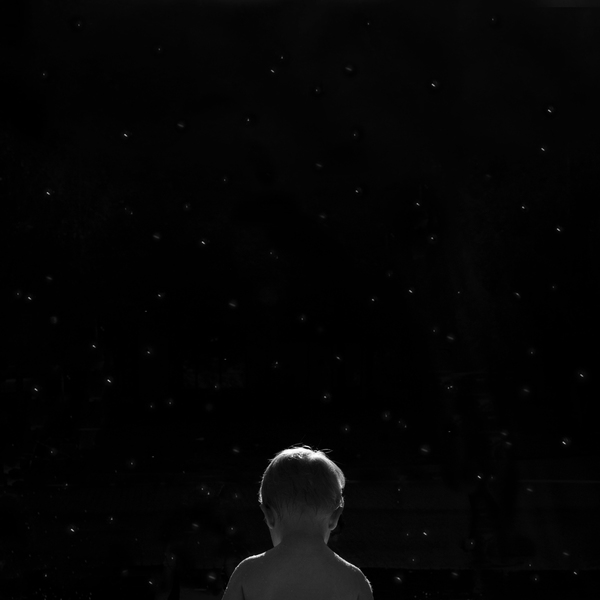 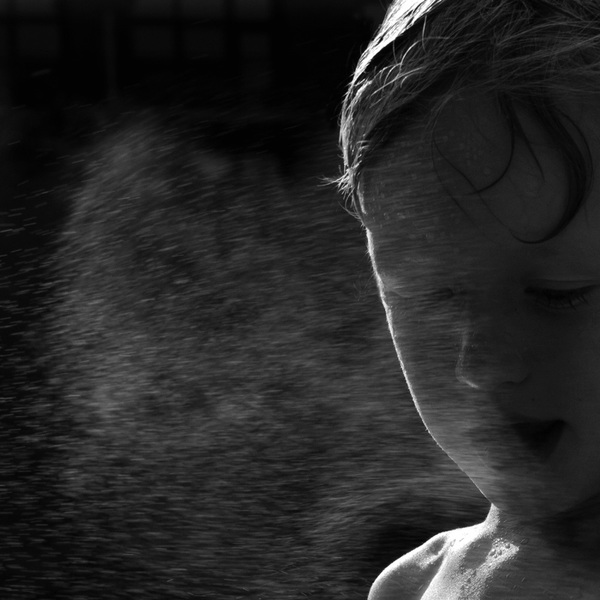 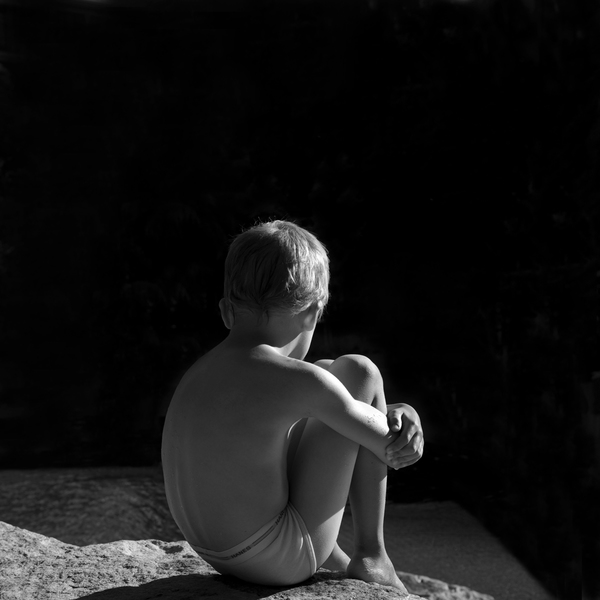 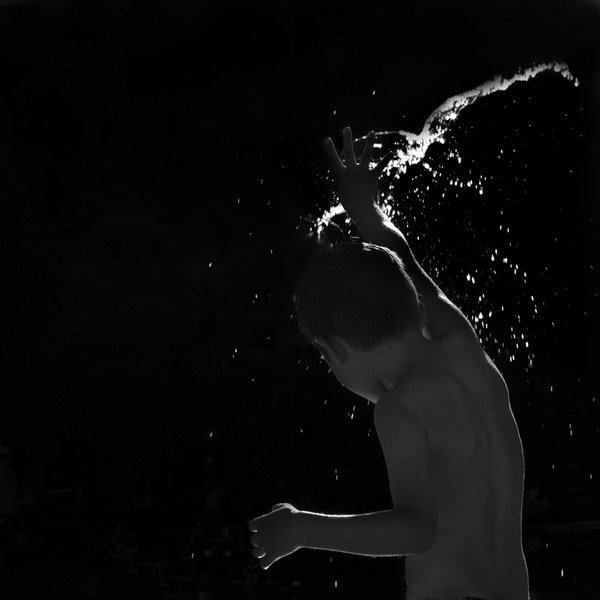 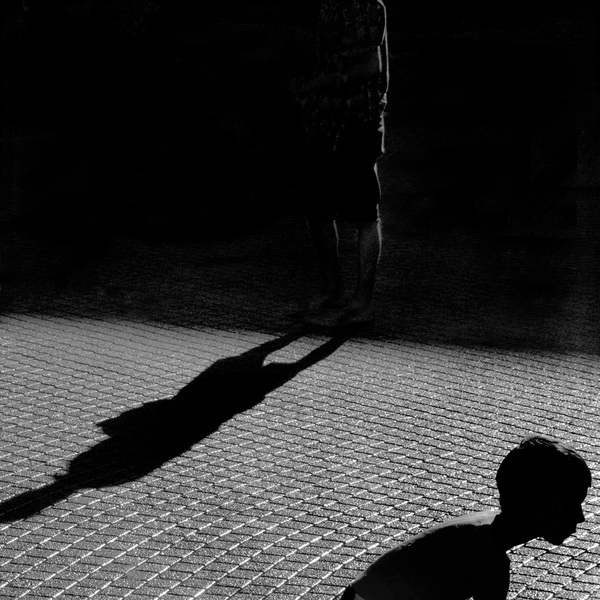 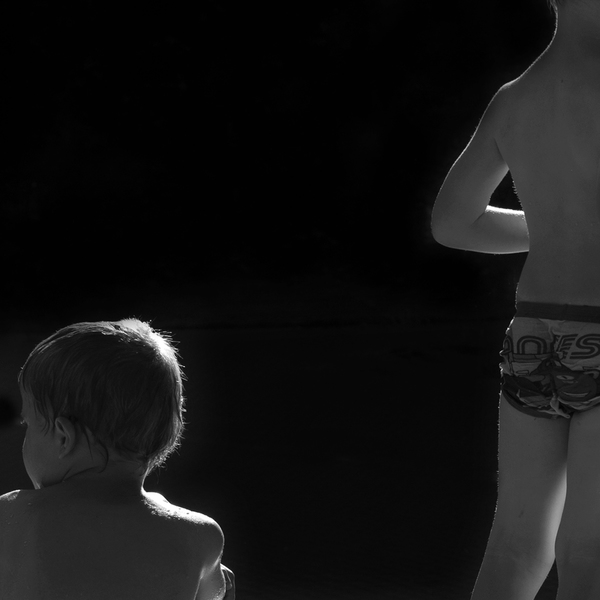 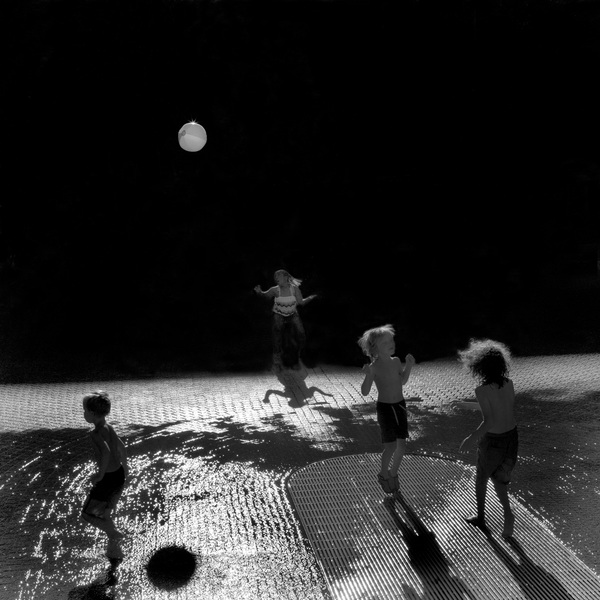 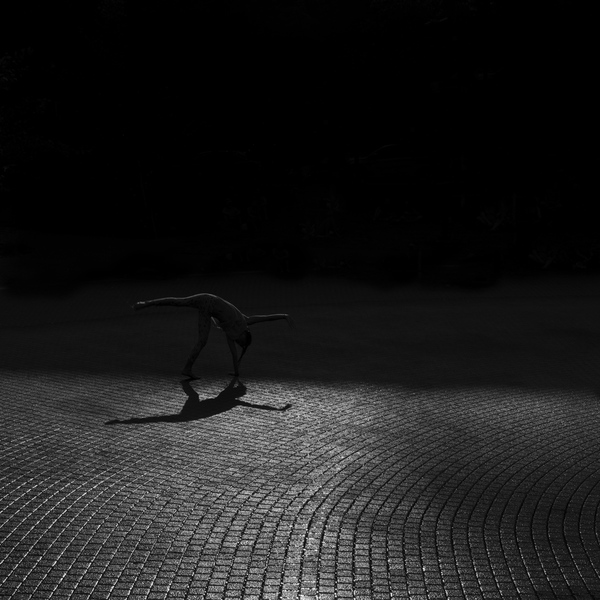 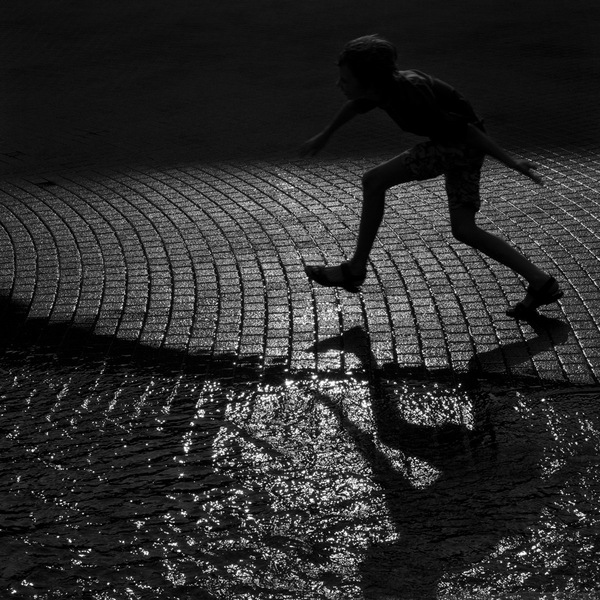 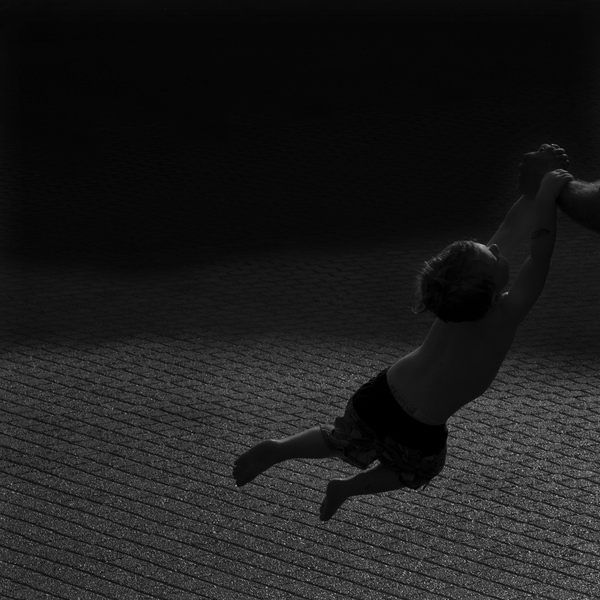 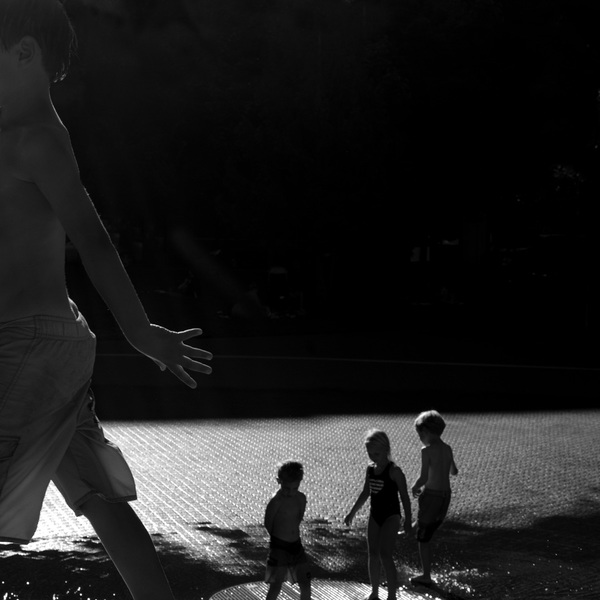 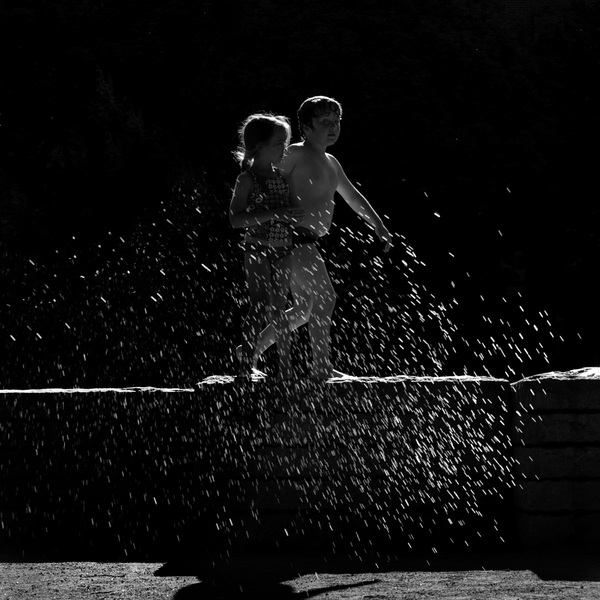 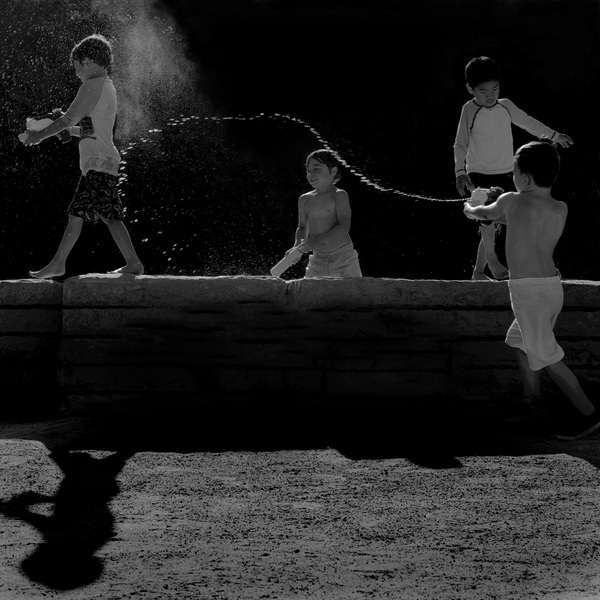 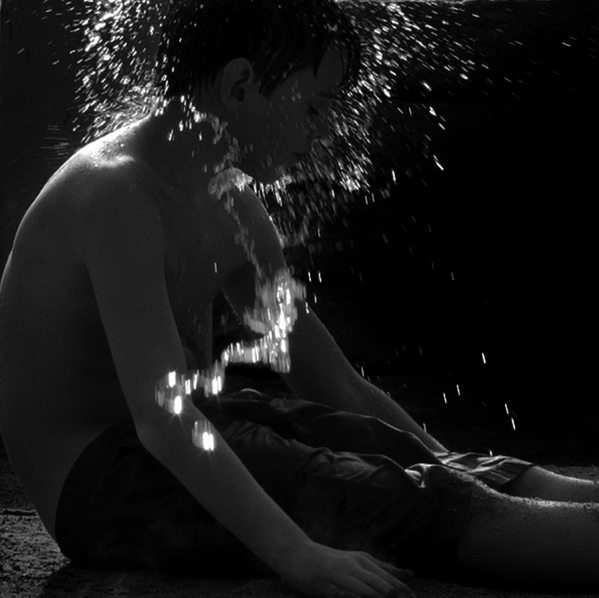 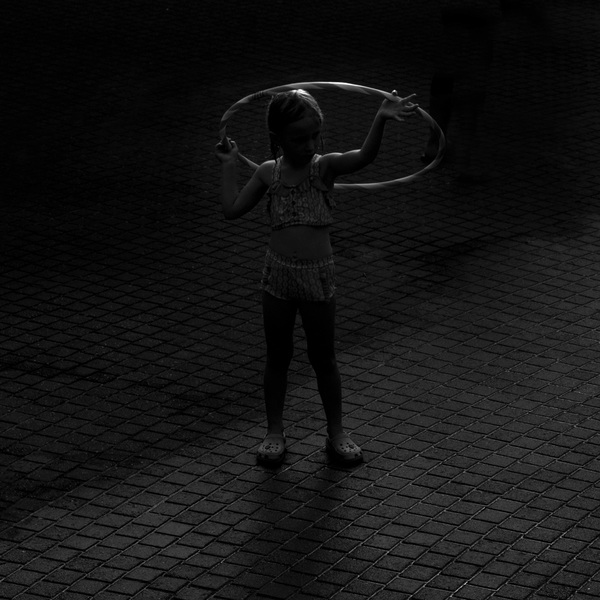 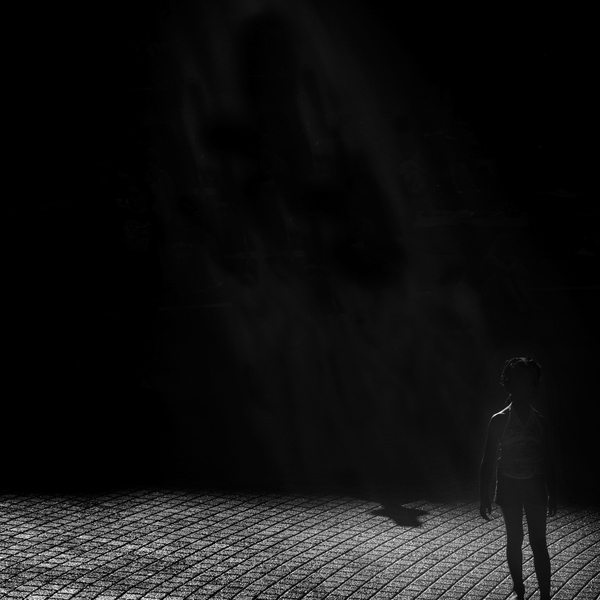